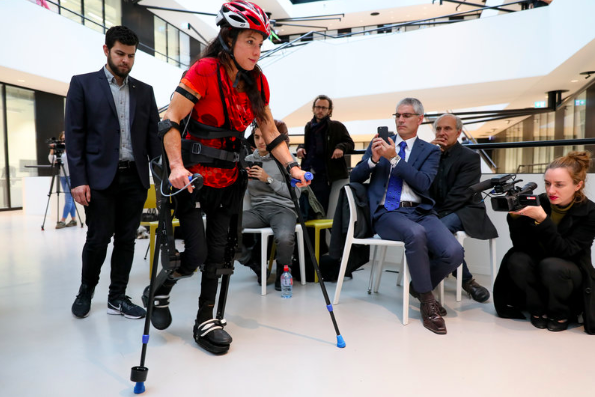 Scientists at École polytechnique fédérale de Lausanne’s Robotic Systems Laboratory in Switzerland have launched a new version of the TWIICE walking-assistance system, which gives patients greater independence. Abi Millar profiles the development of the TWIICE One exoskeleton and finds out how this enhanced autonomy could benefit users.

In 2007, the Swiss acrobat Silke Pan was involved in a devastating trapeze accident. Paralysed from the waist down, she was confined to a wheelchair and forced to abandon her acrobatics career. While her athleticism went undiminished – she went on to become one of the world’s leading paracyclists – there was little suggestion that she would ever walk again.

It was nothing short of astonishing, then, when in 2016 she strapped on a robotic exoskeleton and did just that. The device, developed by scientists at the École polytechnique fédérale de Lausanne (EPFL)’s Robotic Systems Laboratory (LSRO), was named TWIICE – so called because the human and the robot walk in tandem.

Read the rest of the article at Medical Technology